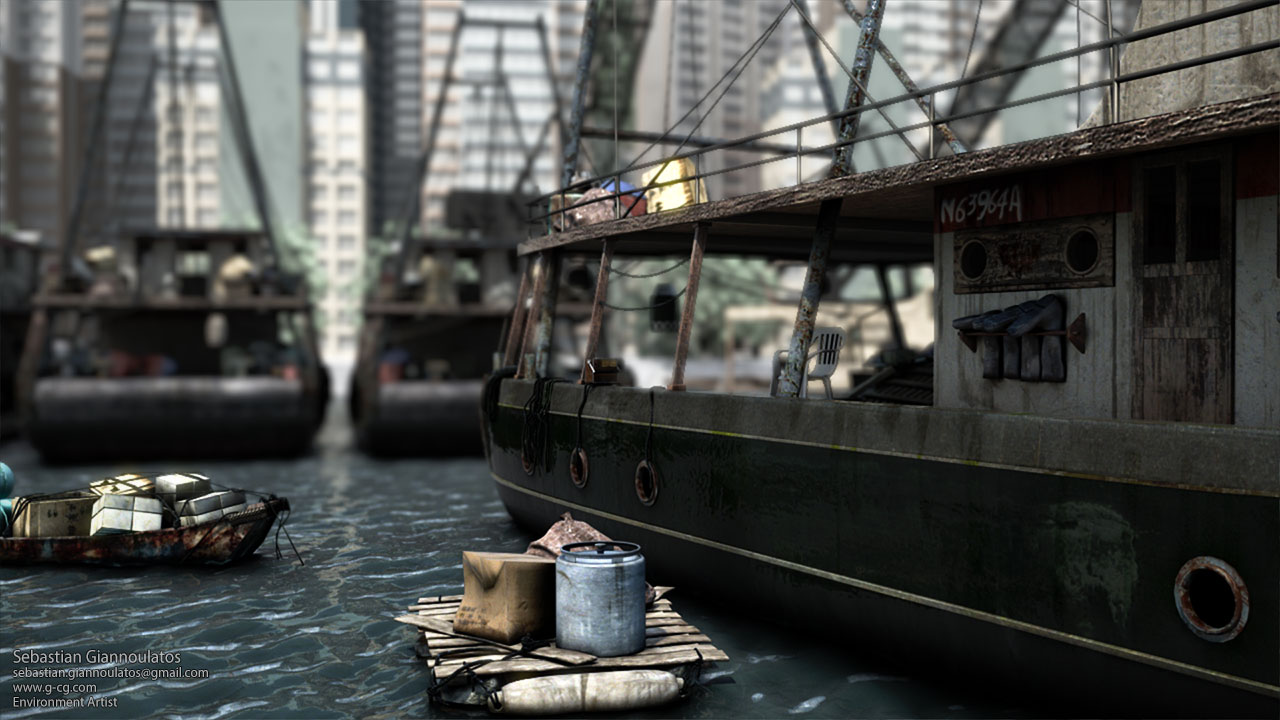 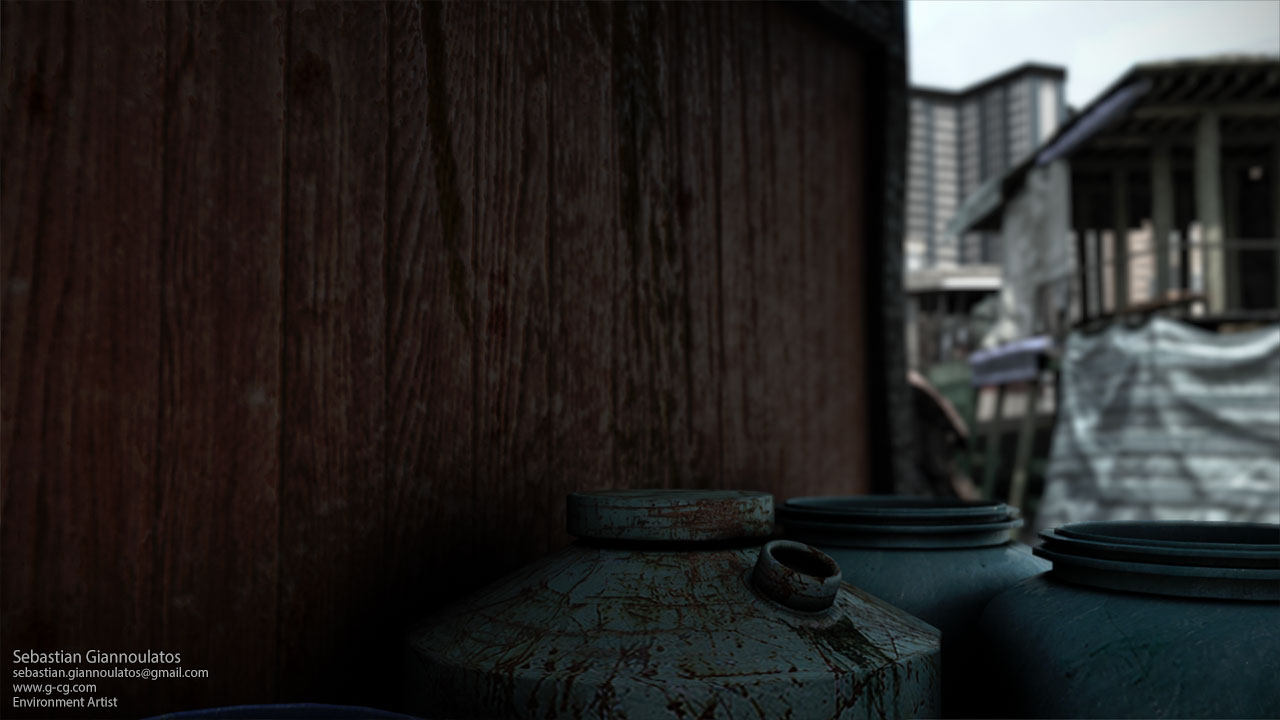 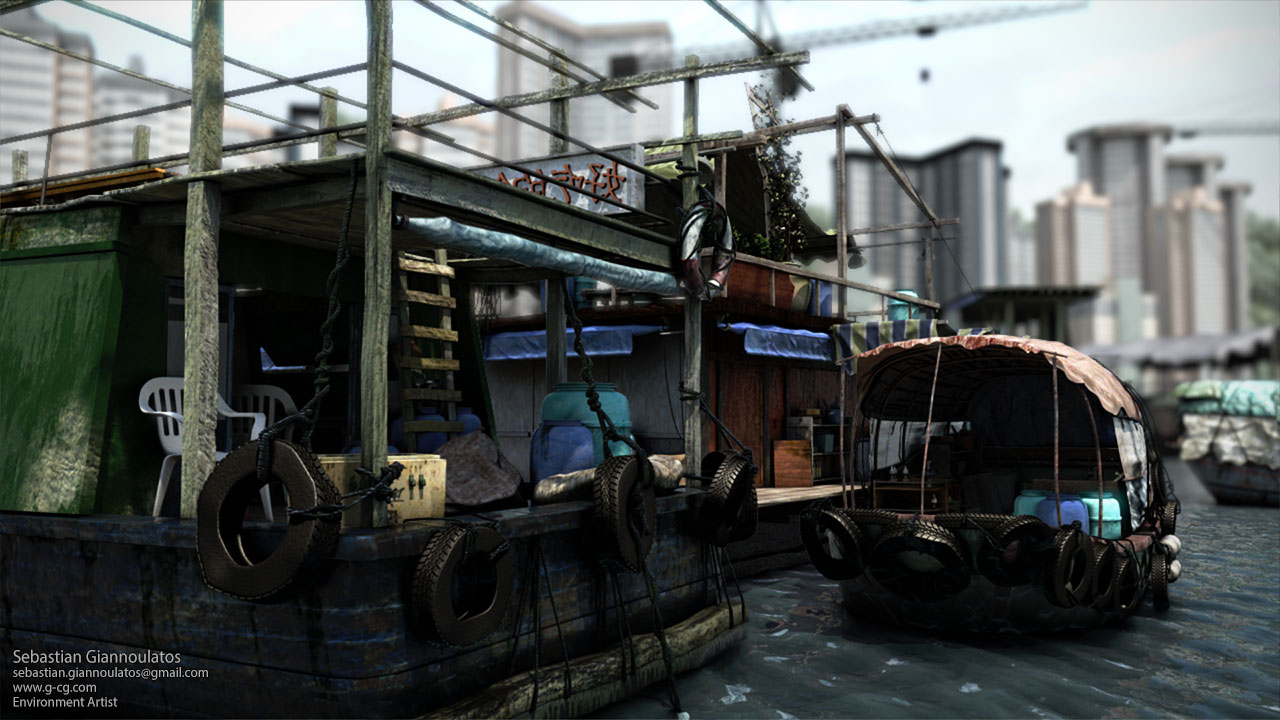 For this course each student had to choose three projects. Modeling and texturing an environment counted as two, so Aberdeen was initially un-textured. The duration of the course was three months and while I was working on Aberdeen I also modeled and textured the Nanyang ADM project that can be found below. After graduation I textured Aberdeen as part of a shading and lighting Art Test given to me by Valve Software. The texturing part of the project took two weeks with another two weeks of rendering and post.

Aberdeen was chosen as a project out of the desire to undertake something massive. The idea of tackling an environment with over six hundred boats was exhilarating. Modeling was done in Maya 2009 with detailing in Mudbox and texturing in Photoshop.

Aberdeen was a lot of work, and I loved every second of it. A lot of thought went into breaking everything down to manageable pieces. Modularity was key and eventually, I had to break the project up into a source/referencing system. Every boat, skiff, trawler and house was sourced from its own scene into a render scene. At render times I could control which objects were visible. Still, even the render farm at Full Sail couldn’t handle rendering Aberdeen at HD resolutions due to a 32 bit memory limitation. I ended rendering each element out separately, compositing them together in NUKE and then projecting them as a movie onto the geometry to capture the reflections and the water.

Aberdeen has been a great experience. Dealing with the logistics and scope of an environment such as this has helped me a lot in terms of planning and time management.