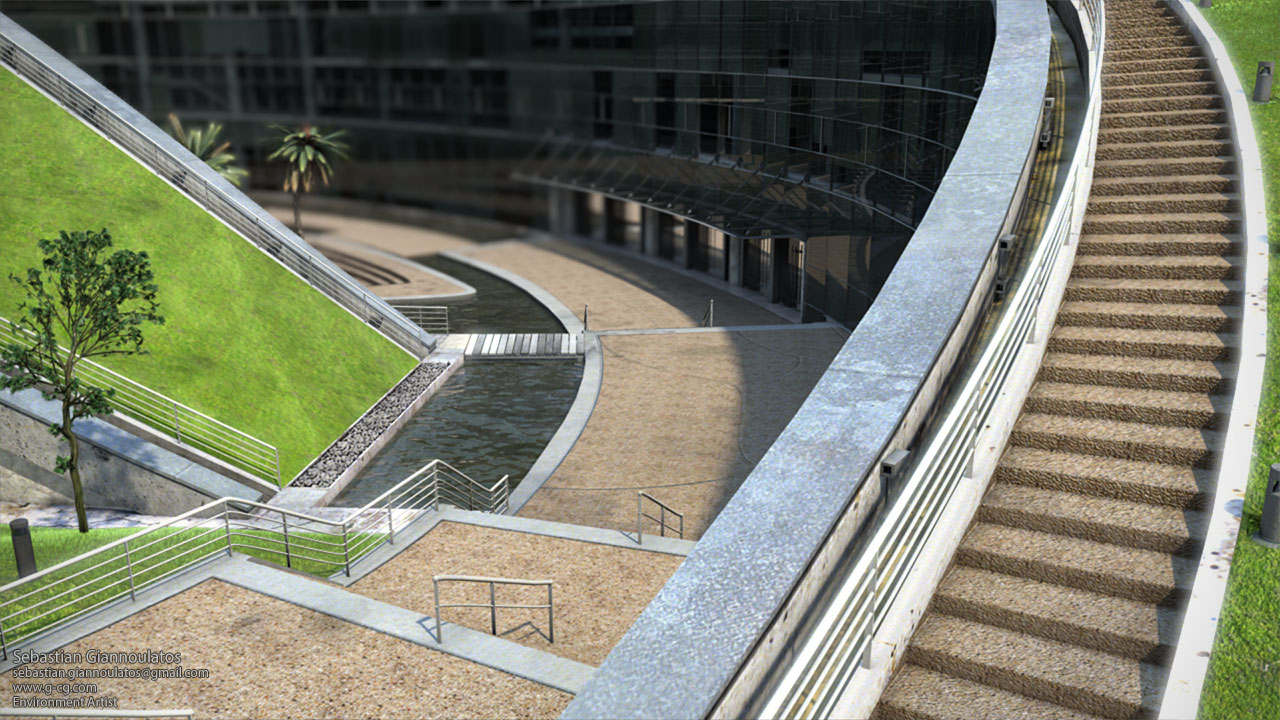 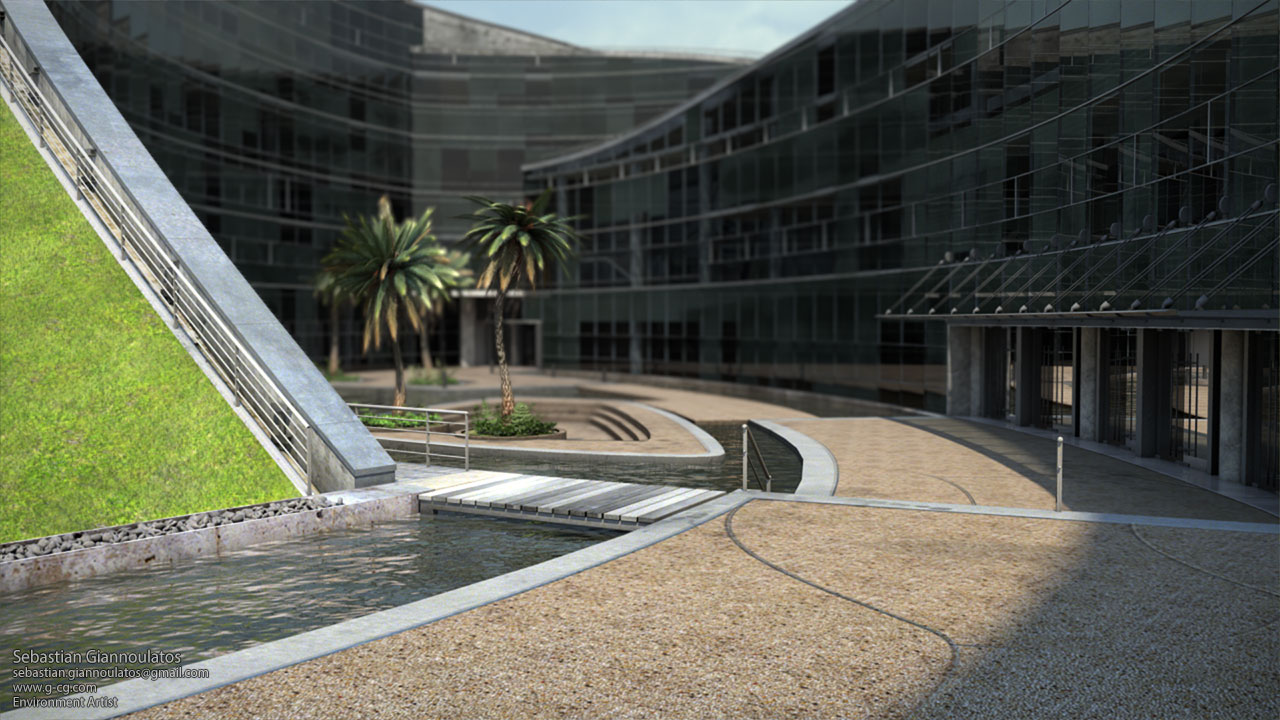 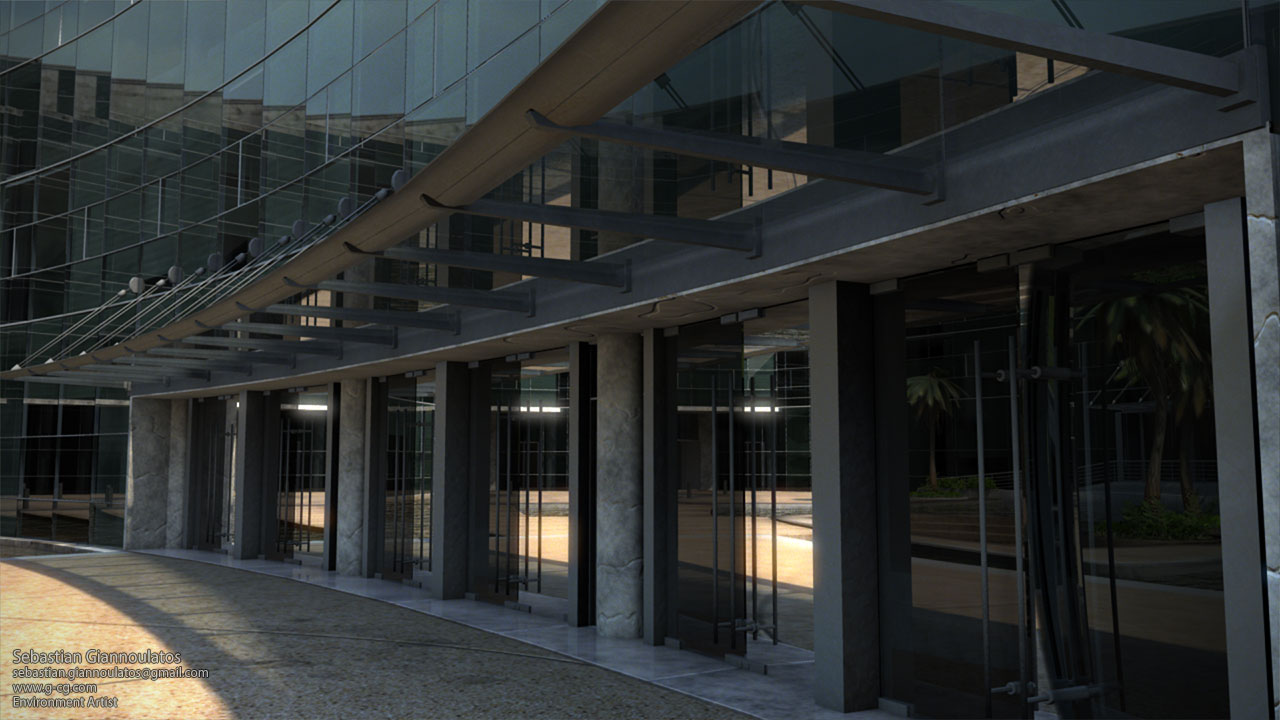 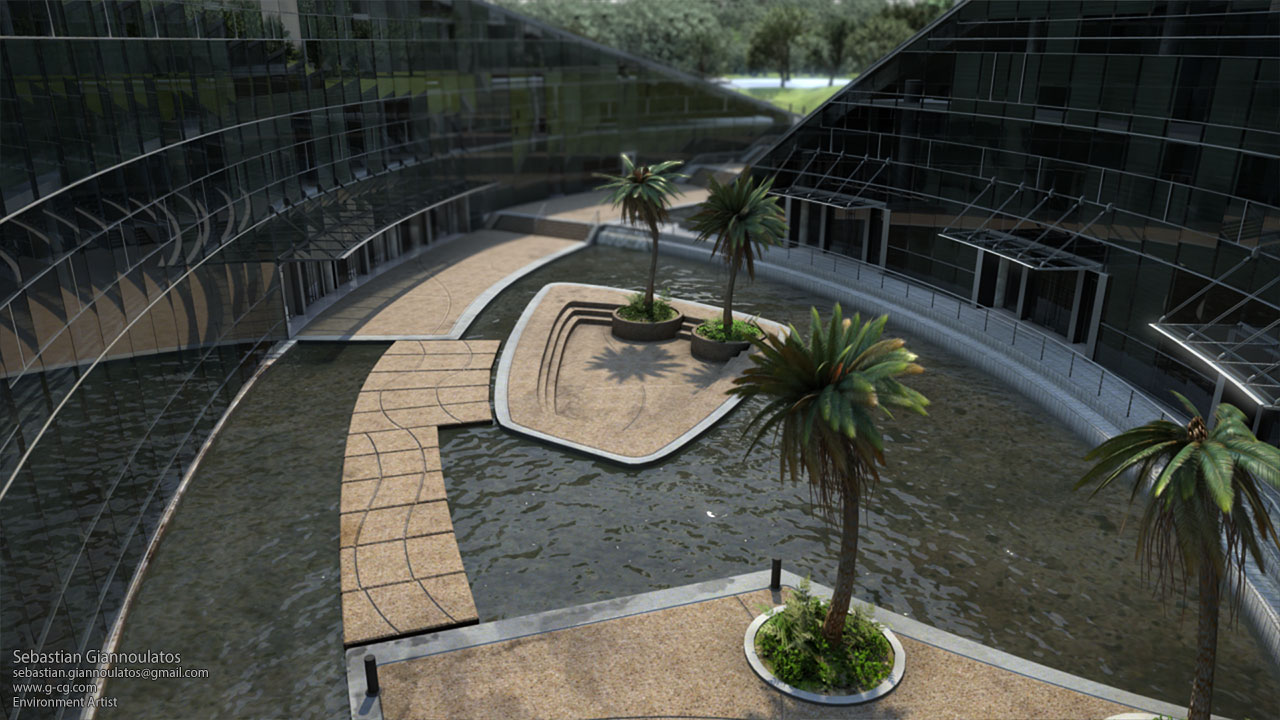 With its unique look and feel, the Arts Design and Media building is a part of the Nanyang Technological University, Singapore. This was the second project I did for finals at FullSail University alongside the Aberdeen project and counted towards 2/3 of my final grade.

The project called for a lot of creative solutions. The curvy organic look of the building needed special consideration, when placing the hundreds of windows that line the area called the ‘Sunken Plaza’. I created joint chains and attached iK_Splines to them. This allowed me to manipulate hundreds of windows, by moving a small number of CV’s.

Another challenge was texture quality. After laying out UV’s and creating some early block out textures, I noticed that I’d have to use an insane number of large maps to make this happen. In the end the project had to render on machines with 2gb ram, so I had to work around that. Several shaders were built using the mib_colormix node.  To mib_colormix tutorial Most of the plaza uses two 1024 maps that tile and multiple alphas to layer them together. Working on the ADM has been an awesome learning and fun experience.